Seaforth (2016 population: 2,680) is a Southern Ontario community in the municipality of Huron East, in Huron County, Ontario, Canada.

Originally known as Four Corners and Steene’s Corners after an early settler, much of the area of what is now Seaforth was acquired by brothers Christopher and George Sparling in anticipation of the construction of the Buffalo, Brantford and Goderich Railway. Developer James Patton of Barrie purchased the land and laid out a townsite in 1855.

In many ways, Seaforth is the quintessential small Ontario town. The Victorian streetscape stands as a testament to the town’s rich history and all the image and influences that make rural Ontario and its hierarchy of small urban centres unique.

The name ‘Seaforth’ may be derived from the Scottish Seaforth Highlanders regiment or Loch Seaforth in the Outer Hebrides of Scotland.

A post office was established in Seaforth in 1859. Incorporation as a Village followed in 1868 and as a Town in 1874. In 2001, Seaforth was amalgamated with Brussels, Grey Township, McKillop Township and Tuckersmith Township to form the Municipality of Huron East. 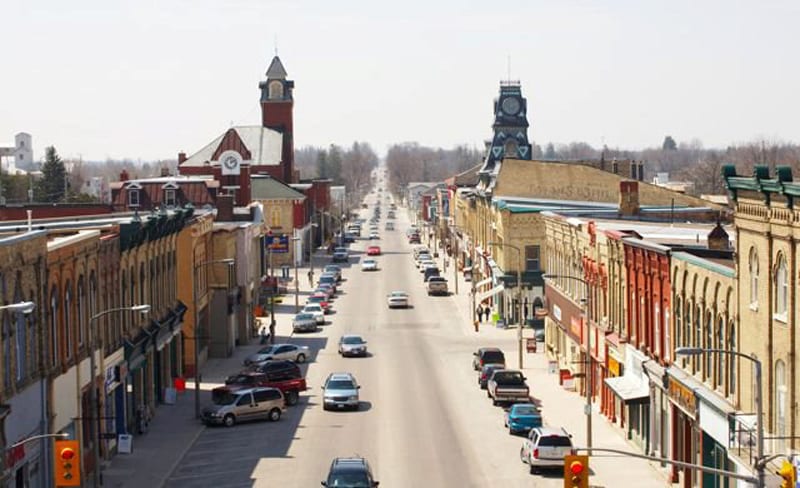