Bayfield is a community in the municipality of Bluewater, Huron County in southwestern Ontario, Canada with a 2016 population of 1,112. It is on the eastern shore of Lake Huron at the mouth of Bayfield River. Bayfield is a popular tourist destination. Visitors enjoy the historic Main Street with its many well-preserved old buildings, including the Little Inn which has served travelers since the 1800s, initially as a stagecoach stop. Main Street is lined with boutique shops, art galleries and fine dining restaurants. The nearby marina and public beaches draw crowds in the summer months.

Bayfield was founded in 1832 by Carel Lodewijk, Baron van Tuyll van Serooskerken (1784-1835), a Dutch nobleman who had purchased 388 acres (157 ha) in the area, part of a much larger holding in the Huron Tract that he purchased from the Canada Company Over the next 10 years, a plan was laid out for the community and two mills (grist and lumber) were built. It was named for noted Great Lakes surveyor and British naval officer Admiral Henry Wolsey Bayfield, who had personally selected the site for the community. 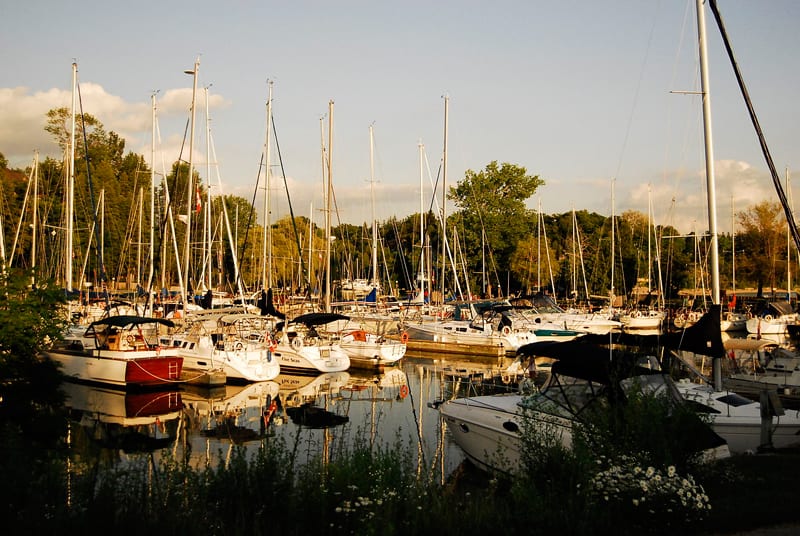